We are all familiar with tales of ravaging wolves (Canis lupus), but attacks are now virtually unheard of despite the fact that there are about 2600 grey wolves in the lower 48 states of America, 8000 in Alaska and 50,000 in Canada. Wolves have learned to be wary of well-armed, two-legged humans and most attacks are provoked by illness (such as rabies), hunger or a percieved threat to young or prey.

The grey wolf was once the world's most widely dispersed carnivore, but its numbers have been reduced by steady human persecution and destruction of its habitat. Wolves live in packs, family groups of 8-12, all related and headed by a principal breeding pair.

They will hunt beavers and rabbits on their own but operate as a pack to bring down moose, elk, bison, musk ox and reindeer, animals that are many times their own body weight. A wolf living near human habitation will rummage through rubbish bins for titbits. 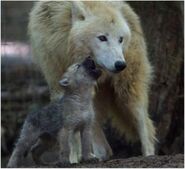 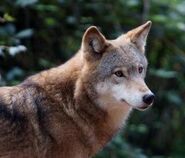 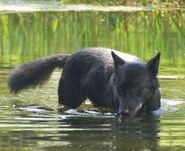 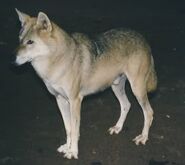 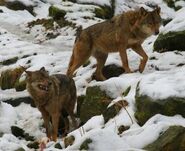 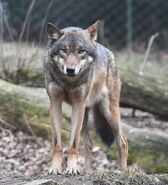 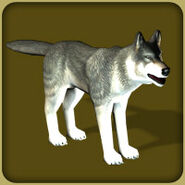 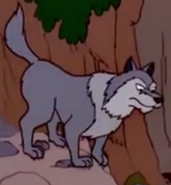 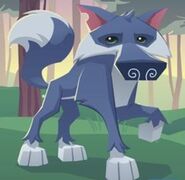 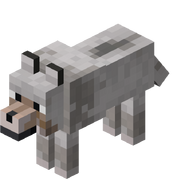 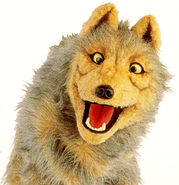 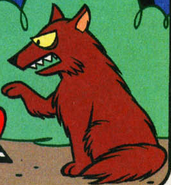 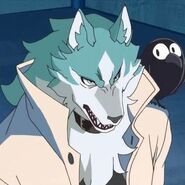 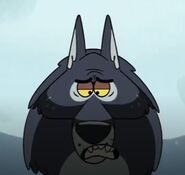 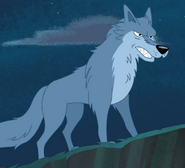 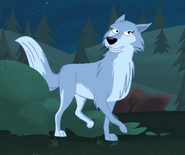