Emperor penguins (Aptenodytes forsteri) endure the harshest conditions of any warm-blooded creature. They reproduce during the long, dark, unimaginably cold winters. Courtship begins in April, and lasts three to five weeks during which time the pair learn each other's call. The egg is laid in late May or early June. The male tucks it away in a warm, feathery fold of skin above his feet and his mate heads back to sea to feed. So begins the male's bitter vigil through a winter where winds reach 200kph and temperatures fall below -20 degrees C. Huddled in a slowly shifting mass, their heads bowed to lock out the weather, the males slowly waste away until they have lost 40 per cent of their body weight.

While the females are away the ice grows out into the sea at over 3km a day so by the time they return, they might have to plod and slide 160km to reach the breeding site. Pairs recognize one another by their calls. The female regurgitates the first meal for their chick. The male gives up the young and begins his own trudge to the sea - and his first meal for four months. A month or so later the males return, and the females go off to eat. This goes on until the chicks fledge at 150 days. The parents then stop feeding them and the whole colony starts its slog back to the sea. They have just over three months before they start the whole process again. 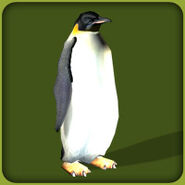 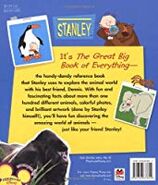 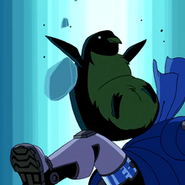 Add a photo to this gallery
Retrieved from "https://animals-are-cool.fandom.com/wiki/Emperor_Penguin?oldid=55348"
Community content is available under CC-BY-SA unless otherwise noted.