Start a Wiki
The cougar (Puma concolor), also known by many other names, such as puma and mountain lion, is the usual subject of those regular reports of mysterious big cats seen in gardens and farmland, terrifying people and killing livestock. Victims of a cougar attack would be unlikely to live to tell the tale, however, as this cat is a supreme and stealthy hunter, which can deliver instant death with a bite through the neck. An 18-year-old jogger was killed in an attack in 1991 in Idaho Springs, Colorado and many more deaths occur in South America. Once widespread in the United States, the cougar was driven into more inhospitable regions by humans. It eats everything from insects and small birds to domestic cattle and moose. 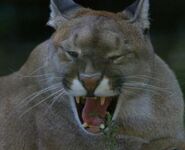 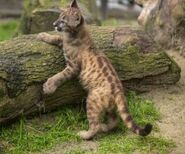 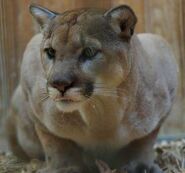 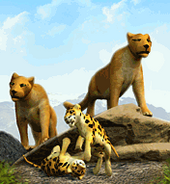 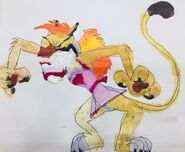 Add a photo to this gallery
Retrieved from "https://animals-are-cool.fandom.com/wiki/Cougar?oldid=55982"
Community content is available under CC-BY-SA unless otherwise noted.